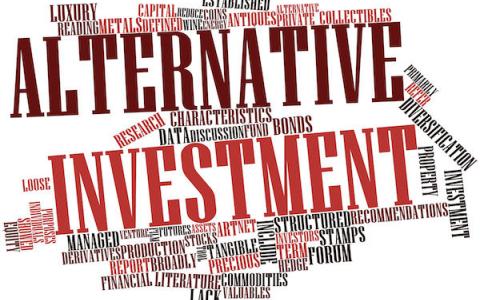 To quote, Joseph Welch during the McCarthy hearings in 1954 “Let us not assassinate this lad further, senator. You have done enough. Have you no sense of decency?” I would echo those same words today and direct them to a U.S. Senator who also happens to be a candidate for President. That Senator is Elizabeth Warren and the lad, in this case, is Lee Cooperman, founder of Omega Advisors and one of the pioneers in the alternative investments industry.

She recently tweeted to Cooperman “Leon, you were able to succeed because of the opportunities this country gave you. Now, why don’t you pitch in a bit more so everyone else has a chance at the American dream, too?”

We have been following Warren’s dangerous and irresponsible rhetoric about the alts business, in fact about all of Wall St. since she hit the campaign trail. Until now her attacks have been the normal de riguer criticism pols have been directing against those of us who make money in the money business. We are greedy and we don’t pay enough in taxes. Now she has taken it upon herself to personally attacking a really good and generous man because he dared to criticize her economic plan and her overall view of capitalism.

This all began when Cooperman criticized Warren’s proposed tax policies during an interview, with Warren responding on twitter that he should be pitching in more, giving more back to others. Cooperman, who is not on twitter responded with a well thought out letter outlining the faults in Warren’s economic plan and her reckless attacks against capitalism. A an example, Cooperman wrote in one part of his letter to Warren ““For you to suggest that capitalism is a dirty word and that these people, as a group, are ingrates who didn’t earn their riches through strenuous effort and (in many cases) paradigm-shifting insights, and now don’t pull their weight societally indicates that you either are grossly uninformed or are knowingly warping the facts for narrow political gain.” Further Cooperman writes: “As a result of my good fortune, I have been able to donate in philanthropy many times more than I have spent on myself over a lifetime, and I am not finished; I have subscribed to the Buffett/Gates Giving Pledge to ensure that my money, properly stewarded, continues to do some good after I’m gone.”

Let’s set aside the rhetoric for a moment and examine Mr. Cooperman’s philanthropic record. He is a signatory of The Giving Pledge, with him and his wife joining the cause in 2010. He joins the likes of Gates, Buffet, and others as part of this effort. Further, Cooperman and his family committed $5 million in 2010 as a permanent fund intended to anchor activities supporting Jewish identity and continuity among young adults. The Cooperman Family Fund for a Jewish Future endowment of Birthright Israel was the first endowment of this kind in the country. Cooperman donated $25 million to his alma mater, Columbia Business School, in 2011. The donation was given to support the construction of new facilities in New York’s Manhattanville neighborhood, including a new facility for Columbia’s Graduate School of Business. In April 2014, the Leon and Toby Cooperman Family Foundation pledged $25 million to the Saint Barnabas Medical Center for the construction of a new 200,000 square-foot Cooperman Family Pavilion.

Cooperman launched a scholarship funding program in 2015. The Cooperman College Scholars Fund assists high-achieving high school students. At launch, the Cooperman College Scholars Fund partnered with four colleges and universities in New Jersey and Pennsylvania: The College of New Jersey, Rutgers, Rowan University, and Franklin & Marshall College. He is also a founding Master Player of the Portfolios with Purpose virtual stock trading contest. He serves as a board member for the Damon Runyon Cancer Research Foundation. Cooperman is also a charitable member of the Songs of Love Foundation, a 501(c)(3) organization that records personalized music for those facing chronic illness. On June 7, 2017, Cooperman presented a One Million Dollar Four-Year Challenge Grant from The Leon and Toby Cooperman Family Foundation. And there is more…..lots more, but I think you see the point. Mr. Cooperman is not Scrooge by any stretch, despite how Warren tries to paint him.

So to Senator Warren, we would ask she dismount from her high horse and do her homework before criticizing an individual as generous as Leon Cooperman. Otherwise, it makes it look like the high horse she is trying to ride into the oval office is actually not a real horse at all, but one absconded from the carousel on Coney Island.

What Separates Elite Achievers From Average Performers?..Guest Article by...
Scroll to top