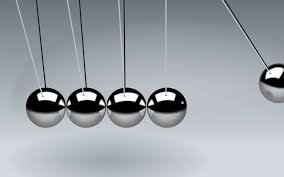 There, I said it. Article done. Whew! That was deep and valuable. You’re welcome 😉

What? You want evidence and an explanation? OK. Fine. You’re a pushy bunch you folks who are continuously driving for improved productivity. I’ll pause my own momentum briefly to explain.

The Fix (for those too lazy to read the full article)

I’m a genius as this productivity and motivation stuff!

The short answer is that when you’re stuck and procrastination has got you paralysed, just start. It can be the tiniest teeniest of starts, but starting is absolutely the key.

Then keep going. That’s how you build momentum — the glorious secret to productivity.

If you can’t get motivated to get fit, then get a 7-minute workout programme and do that. Too lazy for 7 minutes of hard slog? Do as many pushups as you can and call it a day. Every day.

Been dreaming of becoming a writer since 1984? Create a working document, give it a title, work on it for five minutes a day. Every day.

The point is to start. And then to build momentum — that’s the ‘Every day’part.

I was once asked the following question by a staff member:

“What do you do when you get ‘stuck’ and you can’t get started on something important?”

Good question. Like most people, I have struggled with procrastination most of my life. Some people have considered me lazy (as have I on many an occasion). Those people have included teachers, colleagues, bosses, clients, my children, and my long loooooooong suffering lover (my wife of 22 years actually, but neither she nor I ever liked the conventional term ‘wife’).

I don’t agree. In fact, I am a believer in ‘The Laziness Myth” as articulated by Mike Sturm here, and Psychology Today here. Google “laziness myth” and you’ll get 898k results. Read them, summarise, and let me know what you think — unless you’re too lazy ;).

If I know how to do something, it interests me, and I have a belief that I can complete whatever it is, then I am as hardworking and motivated as anyone. During my school days when I frustrated the life out of teachers who knew I was smart but couldn’t get me to apply myself for love or money, I could work 50 hours straight on teaching myself programming on my Sinclair ZX Spectrum. You couldn’t tear me away from that thing.

I love reading, something considered a chore by many people. I can get so engrossed I read non-stop for days. My parents used to complain about having to shuttle me to the library regularly and coming to the dinner table with my book attached to the end of my nose. Not exactly a strenuous activity but I know people who claim to be ‘too lazy’ to read. I just think they don’t like reading or have been conditioned by schooling to see reading as a chore.

Get me on a tennis or squash court and I will play harder and longer than anyone. I don’t know the meaning of ‘enough’ or ‘I’m too tired’. Sound like a lazy person? I didn’t think so.

Same when I get into bed with my gorgeous w̶i̶f̶e̶ lover. I am never ‘too tired’ no matter how stressful or busy my day has been. And when we start to…. “What Babe? Nothing. Just writing a Medium article.” Anyway…

And yet procrastination and poor delivery have made my life more difficult and less successful than it could have been. By orders of magnitude.

My answer to that staff member of mine?

“Start. Then do a tiny bit. Every day. Momentum!”

You’ll have made a huge dent in that impossibly daunting task before you know it. The alternative is that in days or weeks from now you will still be lamenting your procrastination when you could have been way ahead with minimal but consistent effort. Momentum.

Take that ‘become a writer’ dream many of us have. The key to success is so simple it defies belief, yet so many of us dream of becoming a writer. Writers write. So write.

Some days you will only write for five minutes. Other days you may get on a role and write for five hours. Point is, if you started when you first dreamed of becoming a writer, and wrote for 5 or more minutes every day, you’d be a writer now. For some of us, with hundreds of thousands or millions of words in prose. Somewhere.

Another example: Becoming a Programmer/Coder/Software Engineer

My son says he wants to be a programmer (as we called them when I became one). I’ve bought and provided courses, offered to teach him, tried to cajole him into some kind of programming project we can do together. I’ve enticed him with the idea of developing a WhatsApp messaging clone only he and his friends will have for secret comms between themselves. Should be enticing to a teenager right?

Eventually at dinner, after being asked again about how he can get the necessary skills I started with the ‘coding courses on Udemy, the secret app idea, I’ll help you…’ and other tried and t̶e̶s̶t̶e̶d̶ failed strategies until I suddenly had the real answer.

And if you can’t get yourself to do that then there is only two likely answers: you don’t really want to be a coder, or you don’t believe it’s an achievable goal. If it’s the first then I have bad news — never going to happen. If it’s the latter then let me say it again:

“Start. Then do a tiny bit. Every day. Momentum!”

5 Truths You Must Accept Before You Can Grow: Ayodeji Awosika