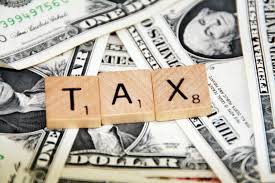 Growing up I watched my father quickly debunk anything thrown his way that lacked factual underpinnings by waving his hand in the air and loudly proclaiming it as “nonsense”!
Last week David Kostin, the well regarded Goldman equity strategist channeled my father by declaring the oft repeated narrative that corporate tax cuts were only used for stock buybacks as NONSENSE.
Kostin writes in his report that “Growth investment has accounted for the largest share of US corporate cash outlays every year since at least 1990.” He continues by showing us the data indicating that in 2018, S&P 500 companies increased their spending on capex and R&D by 13% to $1.1 trillion. “This fact is contrary to the popular belief advanced by some politicians that buybacks dominate corporate spending.” said Kostin.
He continues, “US companies have consistently returned cash to shareholders for nearly 140 years. This established historical pattern contradicts the perception of many commentators that significant cash return is a recent development.”
Most interestingly in the data is the lopsided stock buyback programs indicating the practice was concentrated in a handful of companies. “In 2018, buyback spending jumped by $279 billion or 52% above the prior year’s level. However, just 20 stocks in the S&P 500 index accounted for 38% of the $819 billion in aggregate cash spent to repurchase shares during 2018, but those firms represented fully 69% of the $279 billion overall increase in share buybacks. Unsurprisingly, these companies from six different sectors also had the largest amount of earnings trapped overseas.”
Clearly that level of inflows into the US economy was beneficial in numerous ways.
So next time someone argues that corporate tax reduction is used primarily for buybacks, tell them to call Mr.Kostin. He will say that notion is NONSENSE!
https://rischgroup.com/wp-content/uploads/2019/03/download.jpg 183 275 Dick Risch https://rischgroup.com/wp-content/uploads/2019/03/logodraft1-03.png Dick Risch2019-03-15 15:58:582019-03-15 15:59:05Report from Goldman Disputes That Corporate Tax Breaks All Went to Stock Buybacks