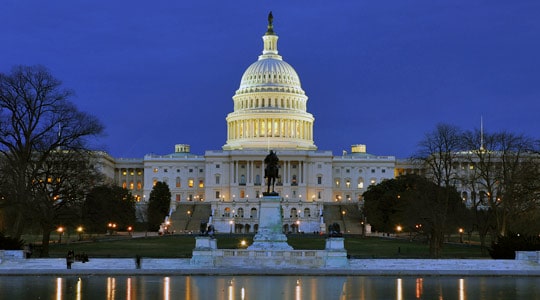 Every year in January the President travels down the street from the White House and enters the chambers of the United States House of Representatives to address our lawmakers and the nation on the state of the union. It is quite an affair accompanied by several traditions that have come to define the event. For the most part, the President’s opposing party shows little to no enthusiasm for the annual victory lap the President is prone to take. Nor do they emote much in the way of support for most of his proposed agenda items going forward. This is demonstrated by them withholding applause or standing when he makes a salient point. Of course, those within the President’s own party rise in thunderous applause with his every point.

We all observe this ritual every year from our couch while munching on popcorn. I have always done the same thing, until this year. This year I hopped the train to DC and joined others there to observe, and in various ways participate with the festivities in person. Having a full view sitting right next to the guy running the C-Span camera in the gallery provides a much more expansive view of the dynamic than I had ever experienced before.

This year for instance, the overwhelming sea of white-clothed congresswomen was a sight to behold from the moment they walked in, during their high fives cheers when the President declared that we have more women in Congress now than at any other time in history, and in icy stares when the President turned directly to them and proclaimed America will never be a socialist country.

As interesting as the dynamic in the chambers was the pre and post-game rituals our elected officials participate in on this night. I had the opportunity to spend time with a quite a number of those who run our country during the pre-speech get-togethers in the Capitol leading up the event. I was able to observe how they interacted with each other. How they ribbed each other and threw jokes around like a group of close friends who have been hanging out together for years. It left me with thoughts that there is still hope for our country personified by these people interacting with each other in a civil and respectful manner, as opposed to the massive divide we see characterized by the pundits in our national media. It also made me realize that many of these folks are real characters with unique and charming personas.

Then it was post-speech time, and we proceeded into the National Statuary Hall where we were greeted by a gaggle of television crews, reporters, and radio announcers. All of them seeking commentary from any elected official regarding the speech that just ended. And as they are wont to do when cameras are whirring, our politicians accommodated the press for a few hours. Each one putting their own spin on the President’s speech. Each reflecting the views of themselves and their party in an articulate and well-stated manner. Each with their political game time hat on.

Then time to leave. Once again, people from both sides of the aisle filing out of the Capitol together with a few jokes, jabs and ribs between them. All done in a friendly and collegial way. Home to rest, so they can start a new day tomorrow tackling the issues confronting our country. Yeah, our state of the union is just fine.